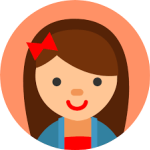 This listing is being maintained by its rightful owner.

The Experimental Theater is a general term for different movements in the western theater that was created at the end of the 19th century with Alfred Jarry and his Ubu show. This kind of theater was born as a reaction to a form of writing the plays that prevailed at that time and to their production.

The term has changed over time as did the entire theater world adapting to many forms that once were considered radical. This kind of theater is compared to the avant-garde theater. Experimental theater, just as the name he holds, is an attempt for something new. Like other forms of avant-garde theater, experimental theater was created in response to a perception of a general crisis.

Despite various political or formal approaches, the experimental theater contradicts the bourgeois theater. This kind of theater tries to put a different use of language and body in order to change the way of perception and to create a new, more active connection with the audience. The experimental theater encourages directors to create the society or at least the audience, to change their attitudes, values, views on a problem, and to do something about them.

Traditionally there is a hierarchical method of theater creation, a writer writes a script, the director creates it to interpret the scene, performers perform. The experimental theater changes this and considers the performers as more and more creative artists. This began by giving them more and more freedom of interpretation and thus the theater was changing and being rebuilding. In this way there are many different structures and opportunities for the performers and a great variety of them used by them nowadays. The director and playwright independence has been challenged directly. Today, the director’s role can be considered as an external eye rather than the supreme authoritarian figure that was before. Just as hierarchies are challenged, and performers have challenged individual roles. An interdisciplinary approach in different fields becomes increasingly necessary, and therefore performers have become increasingly responsive to the difficulties in specialized technical roles. After experimental theater, other areas have begun to break the barriers. Jumping, music, visual art and screenplay in many cases break the frames and artists of the singer-songwriting performers on stage collaborate very naturally.

This site uses Akismet to reduce spam. Learn how your comment data is processed.